The Dawsahak (Tarbanasa and Ibawen) and Imajgan (Targaitamout) communities from the Ménaka region of northern of Mali have reaffirmed on 1st June their commitment towards the implementation of the Cessation of Hostilities Agreement (CoH) signed by the two Tuareg communities on 28 April 2018 in Niamey, Niger.

The CoH Agreement, which is the result of a five-month long mediation process led by the Centre for humanitarian dialogue (HD), has put an end to a recurrent conflict between both communities which has lasted for more than three decades. The Accord was signed in the presence of the Minister of Home Affairs and the High Authority for Peacebuilding (Haute autorité pour la consolidation de la paix) of Niger, as well as representatives from the Ménaka region’s interim authorities, mayors from the conflict-affected municipalities and local citizens. Through this Agreement, both communities have committed to:

“The success of this Agreement lies in the fact that its content was decided by the communities themselves. This has facilitated its ownership and implementation leading to improved security for local populations and economic recovery in the region of Ménaka.” Abdelkader Sidibé, HD’s Head of Mission for the Sahel Region, explained. “However, this Agreement is still fragile due to chronic insecurity in the region; the conflict between the Dawsahak and Imajgan communities is one of the many consequences of this insecurity.” he added. 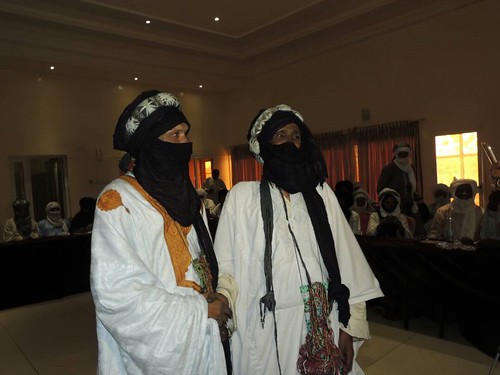 HD has also helped strengthen the scope of the peace process by involving armed groups active in the region in every step of the conflict resolution process, including the negotiation of the agreement. Likewise, the authorities of Mali and Niger were kept closely informed of HD’s mediation efforts, and signed the Agreement to show their support. Conflict parties have also requested their support to strengthen the development of pastoral areas in order to prevent future conflicts.

Since the signing of the Agreement in late April, HD has been supporting the follow-up Commission established at the request of the conflict parties under the leadership of the Mayor of the municipality of Anderamboukane. This Commission involves 12 members who have been collectively nominated.

Since 2013, the pastoral region of Ménaka, which is home to approximately 100,000 people and covers an area of 80,000 km2, has been at the centre of violent clashes between the Dawsahak and Imajgan communities. According to conflict parties, these clashes may have caused up to 40 casualties and led to the theft of thousands of animals. The conflict began in the 1980s. Following severe droughts, the Dawsahak community progressively refused to pay the traditional tax collected by the Imajgan community through livestock thefts. The clashes intensified following Mali’s 2012 conflict when the communities began forging alliances with various armed groups active in the region.

HD wishes to express its gratitude to the authorities of Mali and Niger as well as to the negotiators of the conflict parties for their trust and co-operation which have contributed to the success of the mediation process. HD hopes that through the signing of this Agreement, the parties will permanently renounce violence. HD also remains at their disposal to help settle any future dispute through mediation.

The Agreement signed on 28 April 2018 falls within HD’s broader mediation efforts (which have been ongoing since 2015) with agro-pastoral communities living along transhumance paths in the border regions of Mali, Burkina Faso and Niger.

HD would like to express its gratitude to the Kingdom of Denmark for its support to the organisation’s activities in the region over the last three years.

To learn more about HD’s mediation activities in the border regions of Mali, Burkina Faso and Niger, please visit the following web page:

Pastoralism in the Sahel