Amidst rising tensions around the upcoming national elections in the Central African Republic, nine signatories of the 2019 Political Agreement for Peace and Reconciliation (APPR)  have issued firm directives to their combatants to respect political freedoms and civil rights ahead of the elections on 27 December.

The groups’ identical declarations affirm their willingness to contribute to “the advent of peace and democracy in CAR” by ensuring the safety of the candidates, the electoral campaign and the votes. In addition to committing to the respect of the physical integrity of candidates, the declarations also underline the principles of independence, freedom of expression, and transparency of the electoral process. 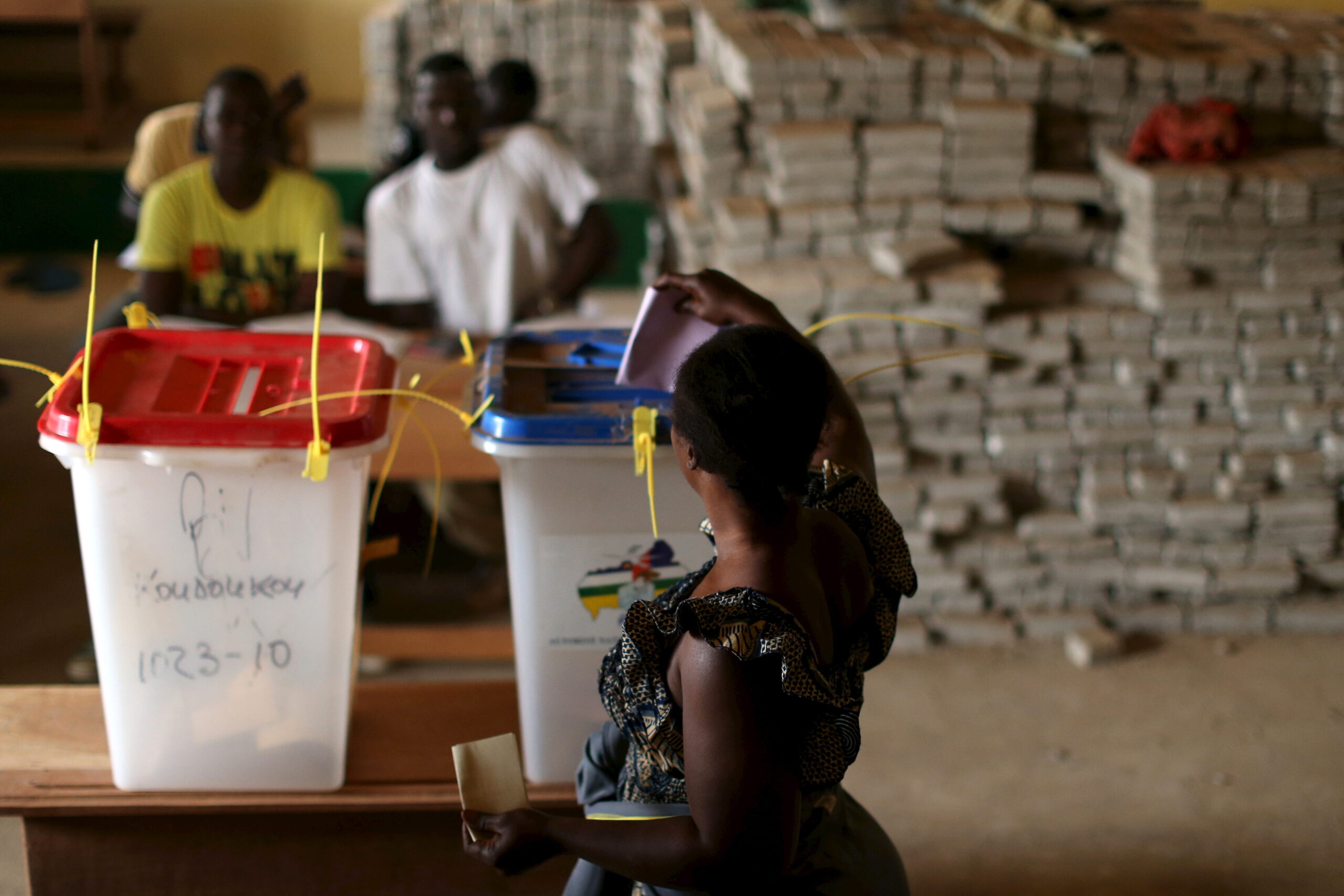 A woman casts her vote during the second round of presidential and legislative elections in the mostly Muslim PK5 neighbourhood of Bangui, Central African Republic, February 14, 2016. REUTERS/Siegfried Modola – GF10000308031

The upcoming presidential and legislative elections will be a stress test for the APPR. “The reaffirmation of the main armed groups’ commitment to peace will be welcomed as a relief by the Central Africans,” said Augustin Koulas, the Head of Mission of the Centre for Humanitarian Dialogue in CAR. “The leaders did not sign these declarations lightly; they are aware that their credibility is at stake.”

The initiative is part of the dialogue and mediation efforts HD has been carrying out in the country since 2014, supporting peacebuilding strategies, national reconciliation, as well as the implementation of the APPR. HD’s activities in CAR are funded by the European Union.

Stipulations of the declarations on the electoral process in the Central African Republic (CAR):

To this end, the signatories undertake to “respect and ensure respect” for:

The signatories further state that “those who violate this declaration will be punished in accordance with the legal provisions in force.”