The Centre for Humanitarian Dialogue (HD) congratulates the Government of Mozambique and the country’s main opposition party, Renamo, on signing a peace agreement yesterday in the capital, Maputo, which seeks to bring about definitive peace in the country.

The Agreement, known as the Maputo Accord for Peace and Reconciliation, was signed by Mozambique President Filipe Nyusi and Renamo leader Ossufo Momade. It follows the signing of a cessation of hostilities agreement between the two sides last Thursday (1st August 2019) in Gorongosa – Renamo’s heartland in central Mozambique. 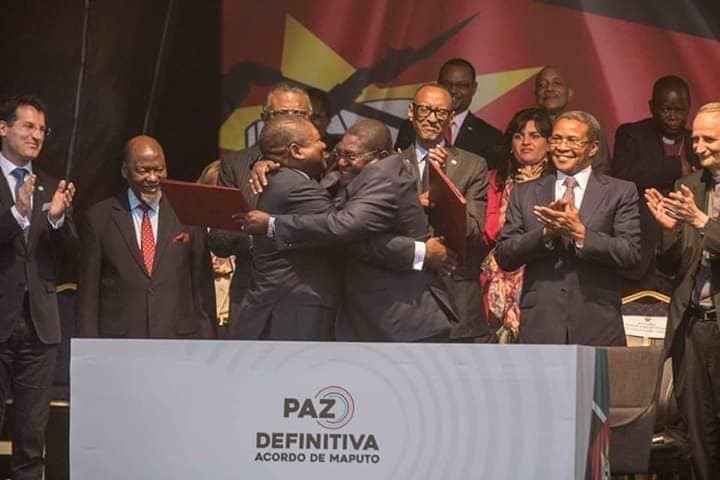 HD commends the parties for reaching these milestones and for their courage in pursuing lasting peace in Mozambique.

HD has been assisting peace talks in Mozambique over the last four years.