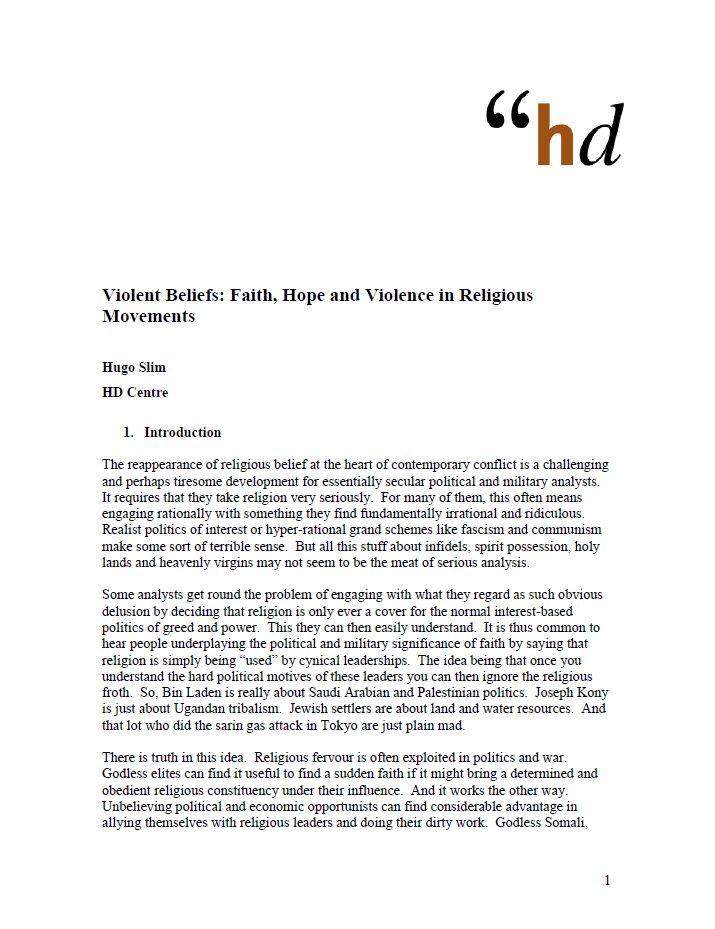 Many influential political and military analysts are bewildered by the reappearance of religious belief in today’s conflicts. Being essentially secular themselves they find it difficult to accept religious belief as something that genuinely drives war, rather than as a tool for mobilisation and recruitment. Hugo Slim sheds a light on the nature of religious belief by examining faith, interpretation, paradox, parallel reality and ritual as the religious mentality’s counterparts to secular reason, fact, logic and reality. Armed religious movements should be analysed as conviction politics focussing on two core aspects: the psychology and social temperament of a particular religious movement and the political and military implications of its theological understanding of context, history, human agency and dualism. 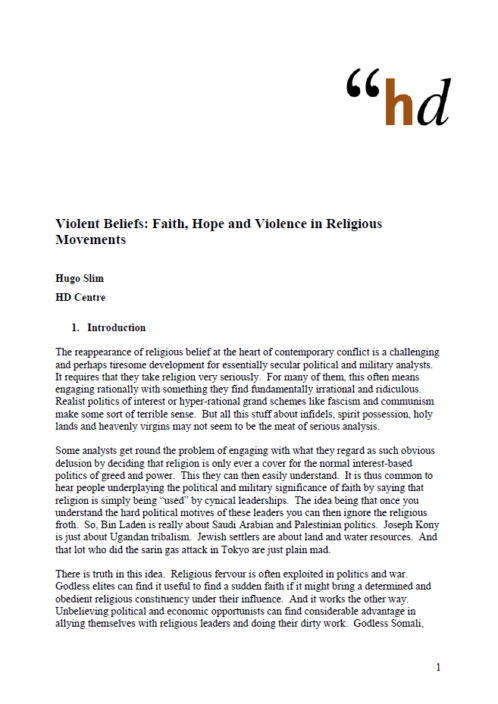