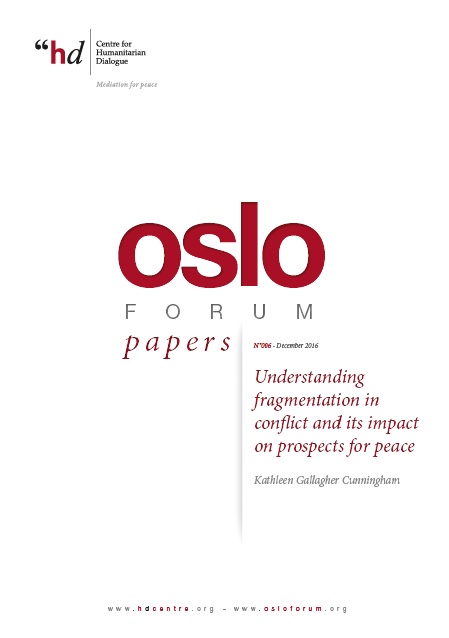 Understanding fragmentation in conflict and its impact on prospects for peace

How does the fragmentation of opposition movements during a conflict affect its dynamics and the chances of successfully reaching a settlement? How can mediators respond to the challenges presented by conflicts involving many disparate actors? In this publication, author Kathleen Gallagher Cunningham highlights a number of key findings about fragmentation in conflict, and the role of mediation in such situations. Drawing on a range of contemporary and historical examples, the author examines the consequences of fragmentation on conflict and how peace processes may affect this fragmentation, including an exploration of the role mediation can play in exacerbating it. The publication takes a practice-oriented approach to assessing techniques which mediators have used to respond to fragmentation in the past, including negotiating solely with armed actors, involving unarmed actors in the process, sequencing the negotiations, and undertaking efforts to coalesce the opposition.