The UN as Conflict Mediator: First Among Equals or Last Resort?

The market in armed conflict mediation is becoming increasingly crowded. In addition to governmental and institutional involvement, mediation efforts are increasingly pursued by regional and international organisations as well as by non-governmental organisations and individuals. Is the UN really the best organisation to mediate armed conflicts? Are there specific kinds of war or particular parts of the world where the UN is better equipped to perform this mediation role? What are particular advantages the UN enjoys or disadvantages the UN faces and what are the implications for strengthening future capacity? 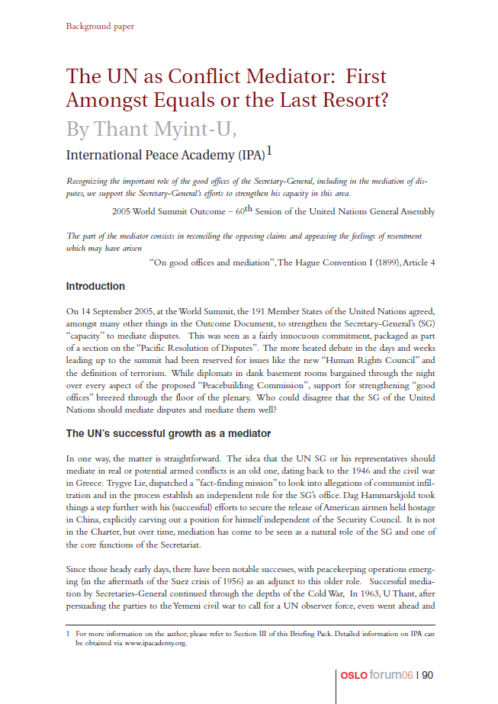