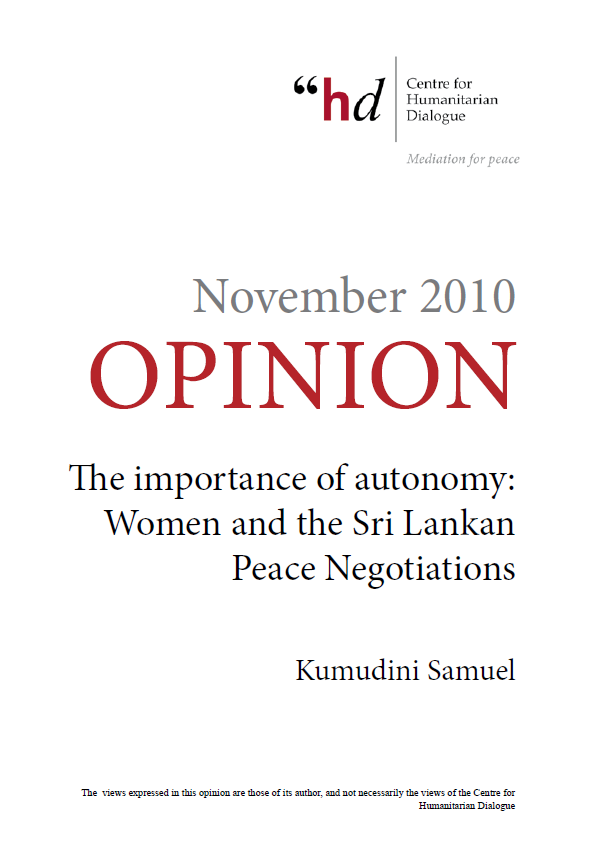 The importance of autonomy: Women and the Sri Lankan Peace Negotiations

In this opinion, Kumudini Samuel examines the role of the Sub Committee on Gender Issues (SGI) created in 2002 as part of the 2002-2003 Sri Lankan peace process. Ms. Samuel, who was a member of the SGI, analyses the pros and cons of this mechanism, which sought to advance the inclusion of women in peace processes.

This opinion is the second in a series of five commissioned in 2010 to leading practitioners and analysts in the fields of mediation and peacemaking, gender relations, international security and peace processes. This series seeks to mark the 10th anniversary of UN Security Council Resolution 1325. It is produced as part of the HD Centre’s project, ‘Women at the Table: Asia Pacific’, which brings together high-level women active in peacemaking across the Asia-Pacific region to identify and employ strategies for improving the contribution of women to, and participation in, peace processes. 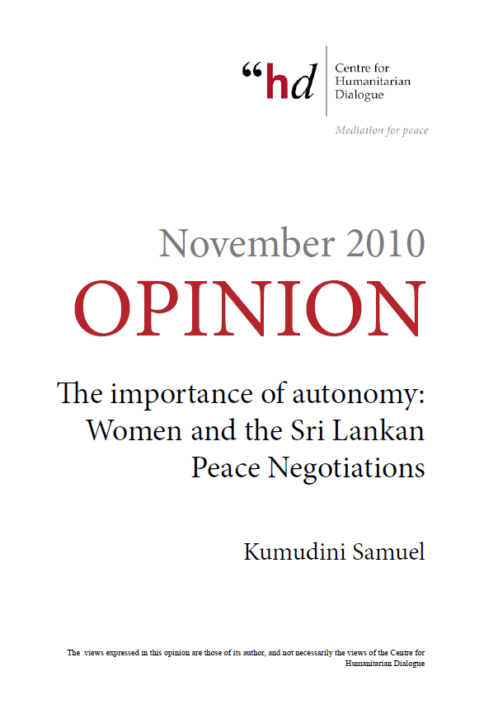