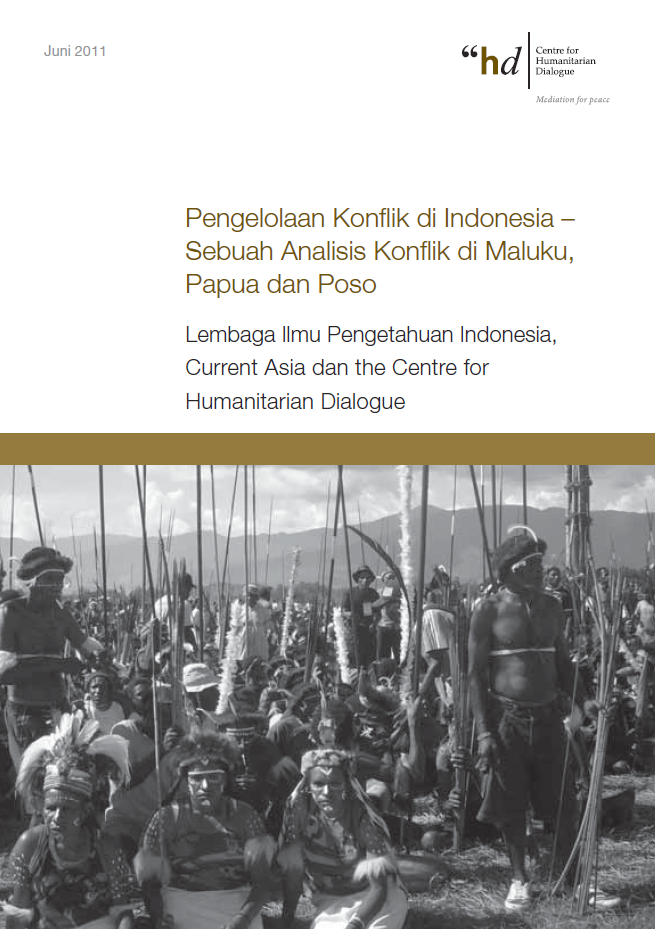 The post-Soeharto era in Indonesia has been marked by the eruption of several violent internal conflicts throughout the country. This combined with the transition to democracy begun by Soeharto’s successor, Bacharuddin Jusuf Habibie, have had direct impacts on the ways in which conflicts are managed in the country. This report, in Bahasa Indonesia, takes a practical look at the management of internal conflicts in Indonesia, focusing its attention on three affected regions – Poso, Maluku, and Papua . It attempts to fill the gap in existing comparative research and analysis in this area in order to inform future peacemaking efforts in the country. The publication is one of three produced as part of the HD Centre’s project – Comparative Perspectives on Conflict Management in Asia. 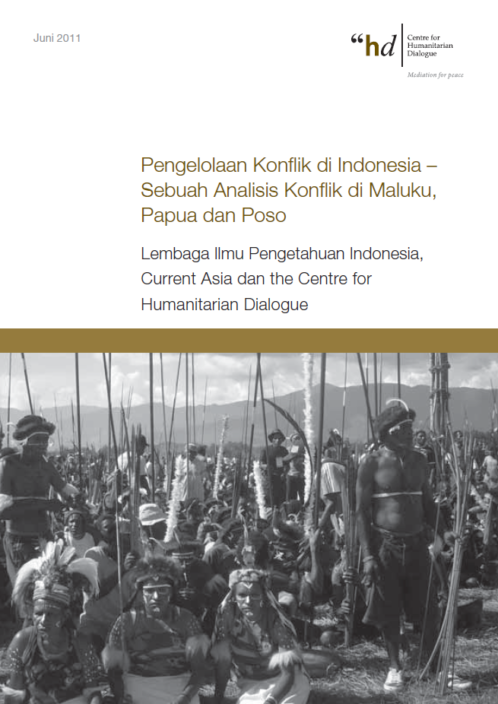