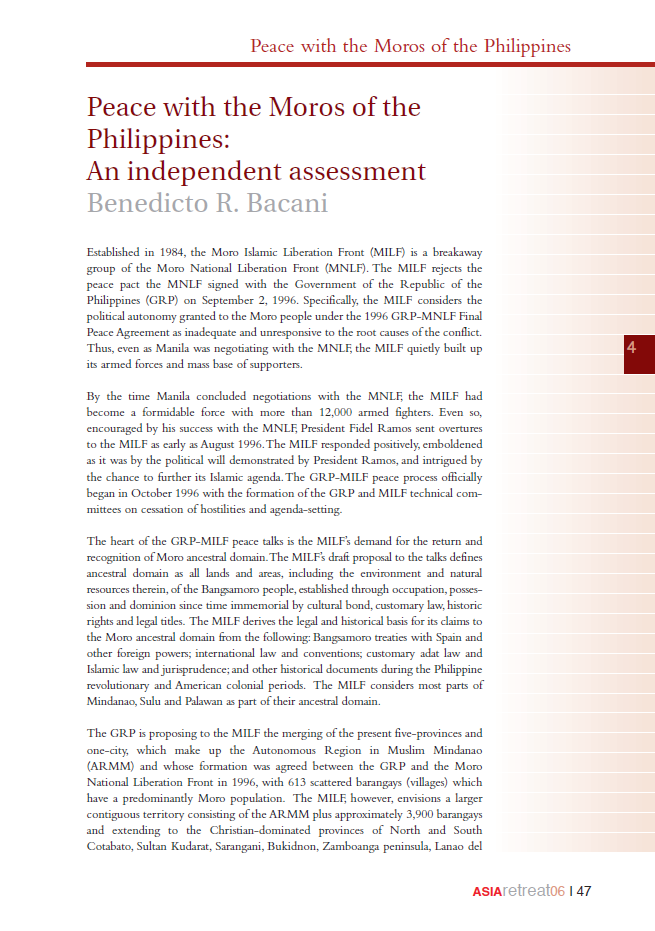 Peace with the Moros of the Philippines: An independent assessment 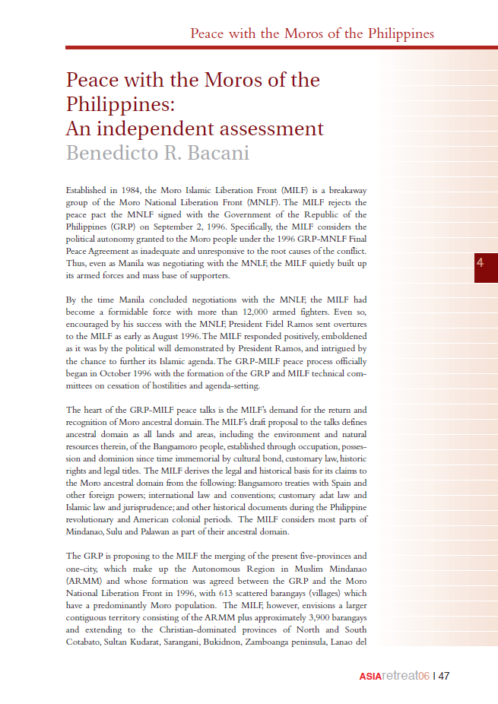