The Report captures the highlights of the sixteenth edition of the event, attended by more than one hundred of the world’s leading peacemakers, conflict actors, decision-makers and academics.

This 2018 Oslo Forum’s overarching theme was ‘The end of the Big Peace? Opportunities for mediation’. Reflecting on the increasingly atomised and internationalised nature of conflicts in places such as Libya, Syria and Yemen, participants discussed the trend away from the comprehensive peace and power-sharing agreements of the 1990s, and what opportunities and challenges this poses to peacemakers. Topics covered during the event included how local agreements can effectively help promote nationwide stability; creative entry points into stalled processes; prospects for peace on the Korean Peninsula; tensions in the Red Sea region; as well as the peace processes in Libya, South Sudan and Yemen. 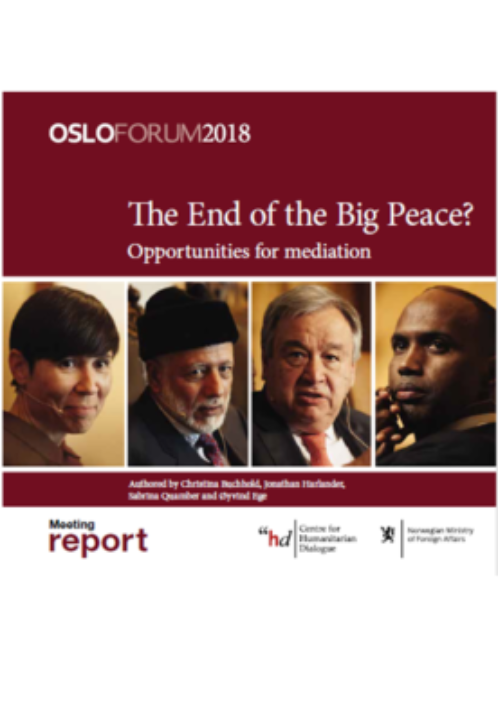