The Report, captures the highlights of the fifteenth edition of the Oslo Forum attended by over one hundred of the world’s leading peacemakers, conflict actors, decision-makers and academics, bringing together people with forty-two different nationalities.

The 2017 Forum’s overarching theme was ‘Peacemaking in a new era of geopolitics’. Those attending explored how growing regional and international competition among powerful states is influencing conflict resolution efforts around the world. Topics covered during the event included the United Nation’s role as a peacemaker; the historic peace agreement in Colombia; mechanisms for popular validation of peace agreements; the impact of new communication technologies on mediation processes; the peace process in Cyprus; as well negotiations in the Philippines and Syria and reconciliation in Iraq. 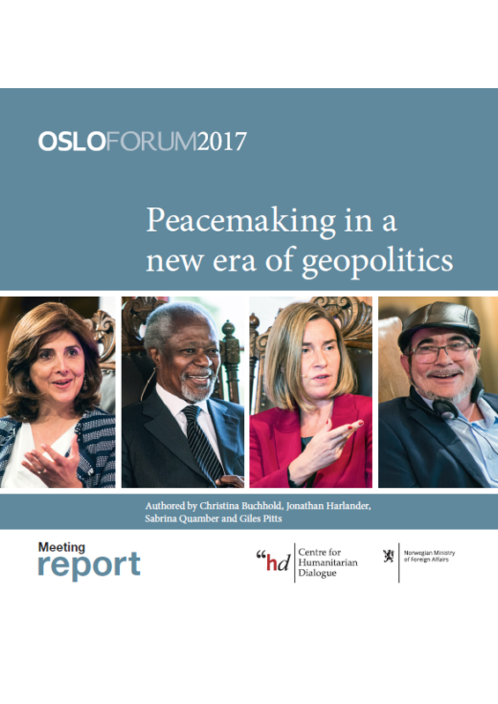