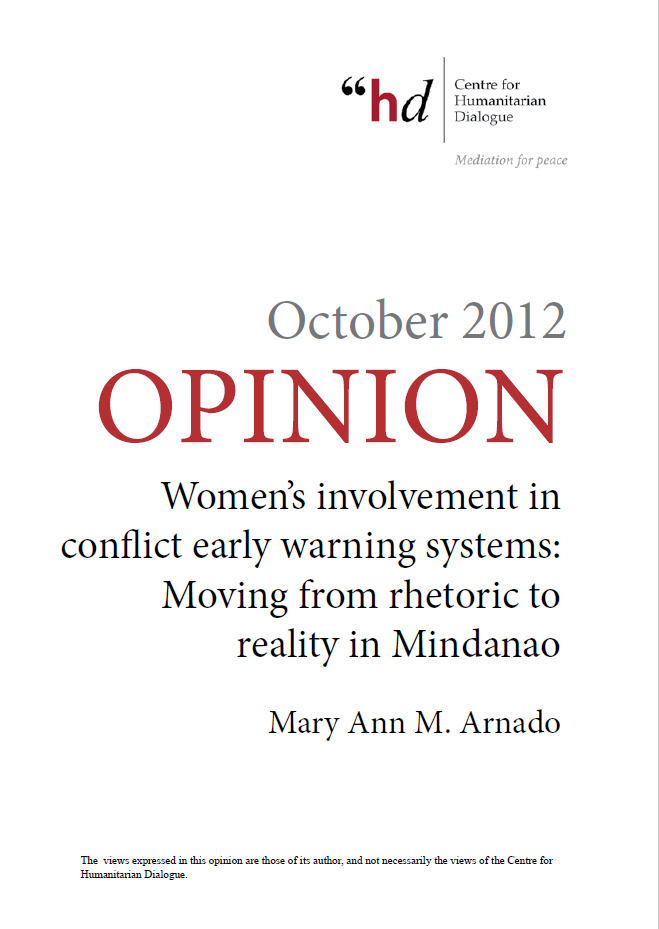 Involvement of women in conflict early warning systems (CEWS) – the monitoring of events in high-risk environments which are likely to trigger armed conflict or an escalation of violence – is key to the efficiency of conflict prevention argues Mary Ann Arnado, Secretary General of the Mindanao Peoples Caucus. However, in the decade plus since the adoption of United Nations Security Council Resolution 1325 which called for improved participation and representation of women in peacemaking, the involvement of women in early warning systems has been largely overlooked and CEWS have consequently missed out on key information as well as crucial contributions to preventing conflict.

In this opinion piece, Ms Arnado examines the participation of women, both formally and informally, in conflict early warning systems across the Asia-Pacific region, using the region of Mindanao in the Philippines as a case study. 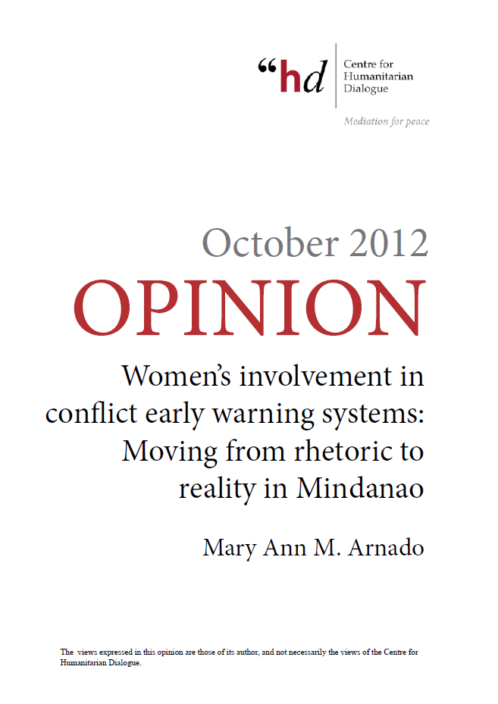