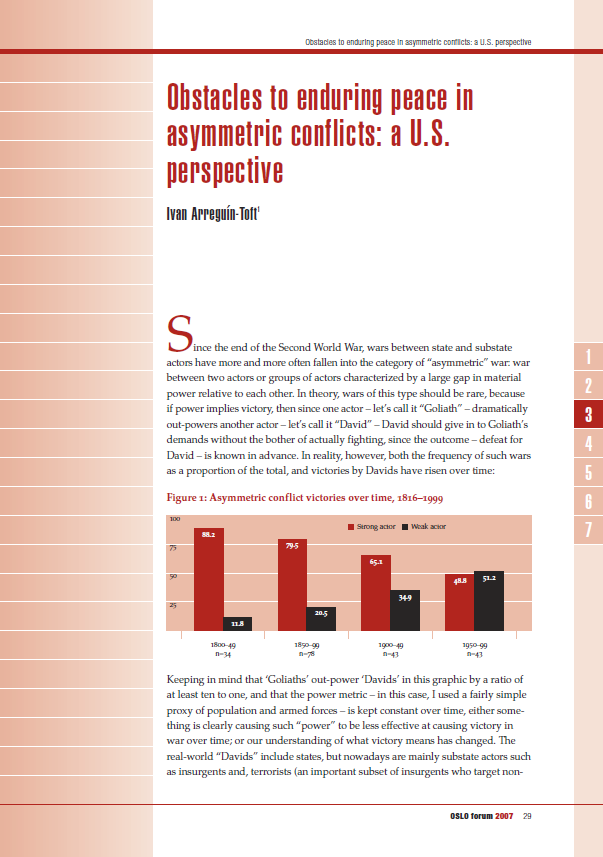 Obstacles to enduring peace in asymmetric conflicts: a U.S. perspective

Since the end of the Second World War, wars between state and substate actors have more and more often fallen into the category of “asymmetric” war: war between two actors or groups of actors characterized by a large gap in material power relative to each other. In theory, wars of this type should be rare, because if power implies victory, then since one actor dramatically out-powers another actor David should give in to Goliath’s demands without the bother of actually fighting, since the outcome – defeat for David – is known in advance. In reality, however, both the frequency of such wars as a proportion of the total, and victories by Davids have risen over time. 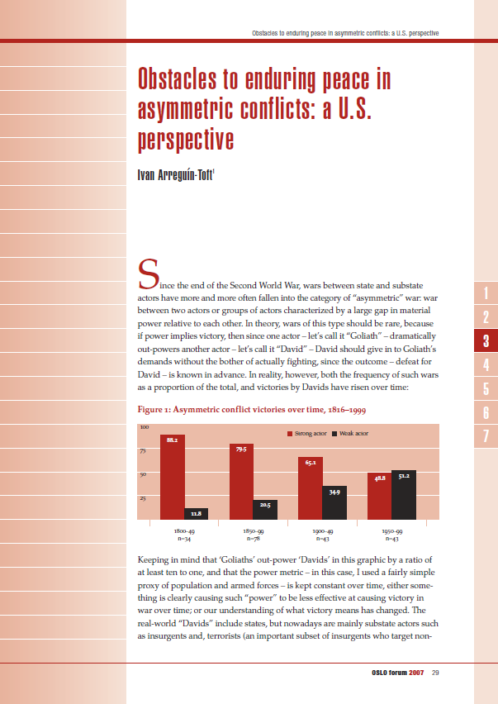