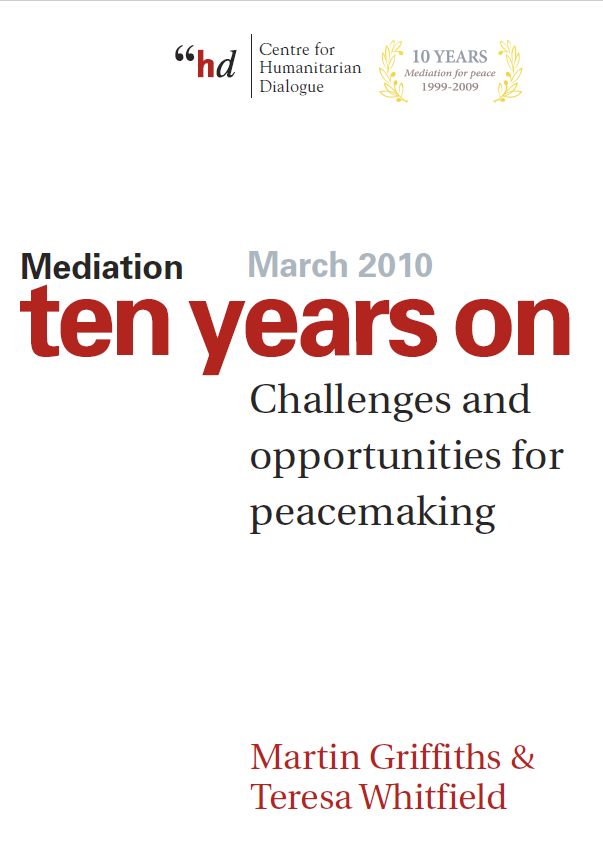 Mediation ten years on – Challenges and opportunities for peacemaking

The HD Centre celebrates its tenth anniversary at a critical time for the practice of mediation. After a period of confrontation marked by the ‘war on terror’, and the polarisation of international relations, there is renewed demand for diplomacy and negotiation. Yet, in many respects the peacemaking enterprise faces crisis. Conscious that the HD Centre’s progression is but one part of a much larger picture, this paper looks at the challenges and opportunities facing mediation practitioners as we begin the second decade of the 21st century. 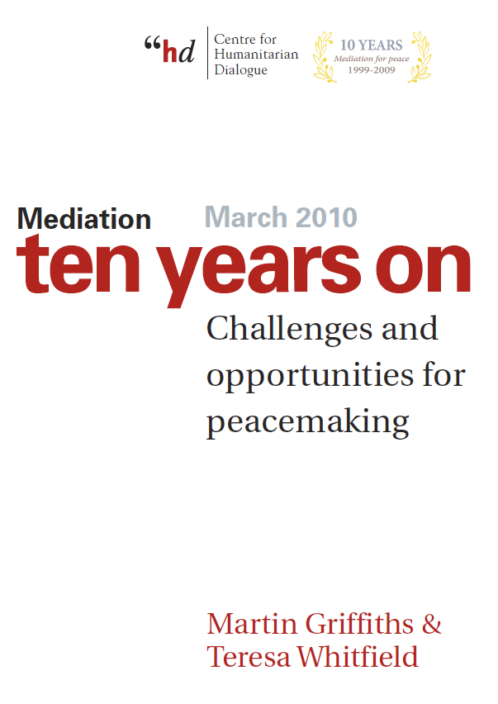