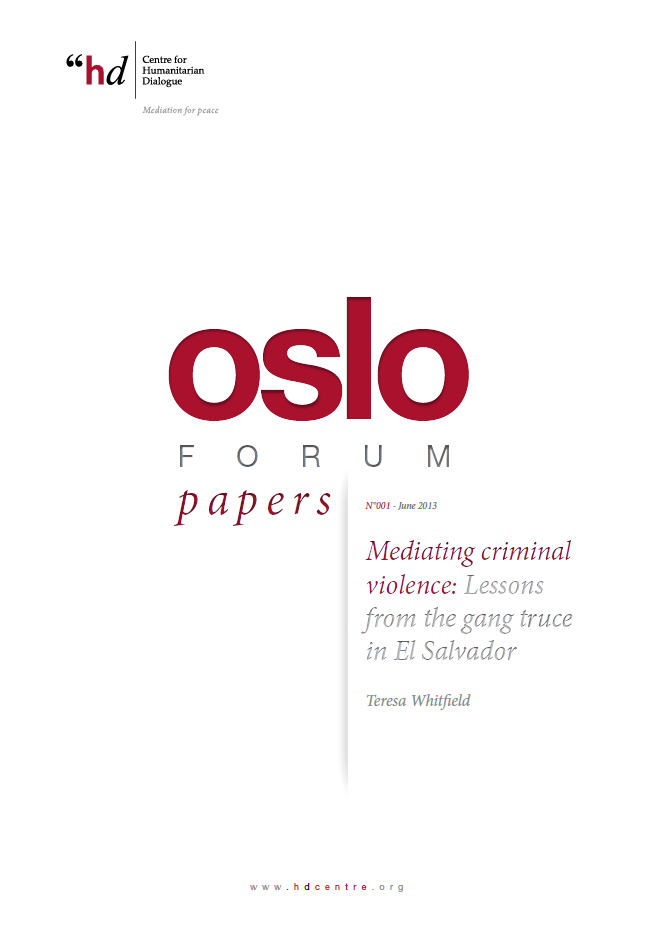 In 2012, facilitators answerable to the Government of El Salvador mediated a controversial truce between the country’s two main gangs. The truce brought about a dramatic reduction in the country’s soaring homicide rate, but also raised many questions about the risks and benefits of direct engagement with criminal actors.

In Mediating criminal violence: Lessons from the gang truce in El Salvador, Teresa Whitfield takes an in-depth look at the gang truce and seeks to draw lessons from it for consideration in other contexts. She suggests that while the Salvadoran truce has been imperfectly managed and remains fragile, it is also a considerable achievement. Although the lessons that can be derived from it are limited by its specific characteristics, they merit consideration for several reasons. The Salvadoran truce, and the arrival in Mexico of a government determined to address the country’s spiralling violence, have placed new emphasis on alternative methods of pacification across the region. Elsewhere, national and international actors are also struggling to come up with responses to post-conflict and criminal violence outside of, and mixed in with, ideologically driven conflict.

The author highlights similarities but also differences in the challenges that criminal violence – as opposed to ideologically driven armed conflict – presents to mediators. Despite the complexity and moral hazard involved, she suggests that, in some circumstances, engagement may usefully complement law enforcement to reduce violence and suffering substantially. 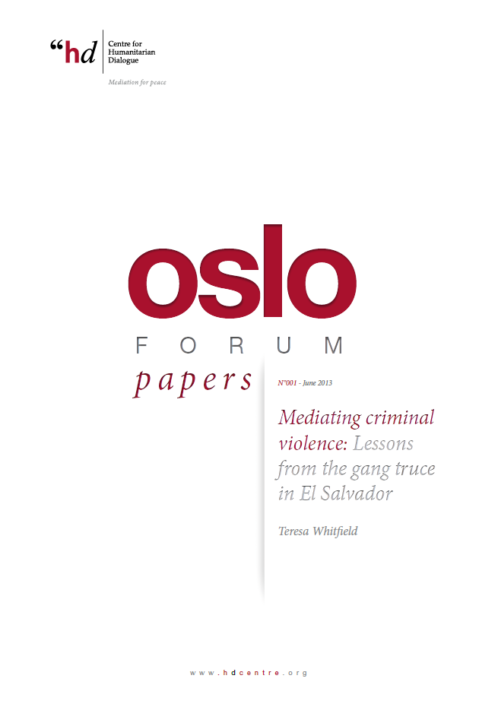