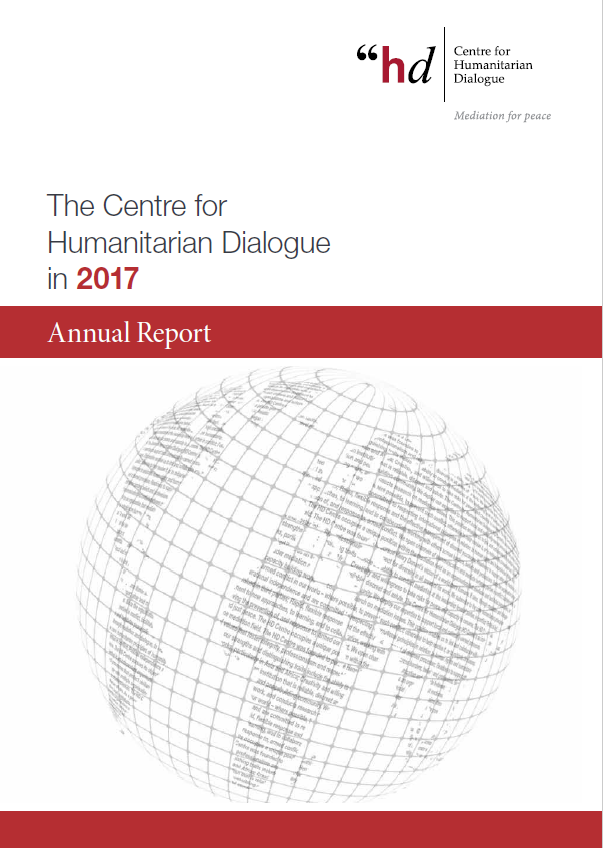 Annual Report – The Centre for Humanitarian Dialogue in 2017

HD’s 2017 Annual Report highlights some of the projects and operations the organisation engaged in throughout the year. In 2017, HD pursued 40 initiatives in over 30 countries, including reconciliation efforts to resume relations between representatives of Abu Ghraib and the Iraqi state, opening up access for health workers to hard–to-reach and insecure areas in CAR and Afghanistan, mediating a cessation of hostilities agreement between two armed groups in the CAR, facilitating dialogue between claimant states of the South China Sea, and convening a UN-acclaimed meeting of all Libyan mayors and heads of local authorities in a joint effort to reduce the country’s further fragmentation. 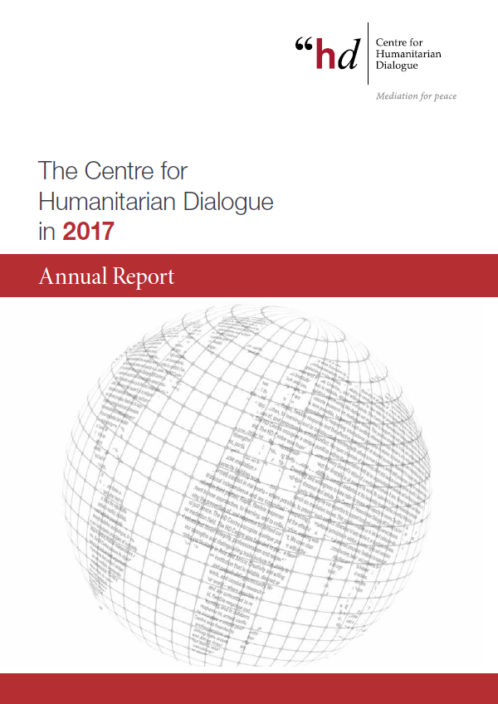