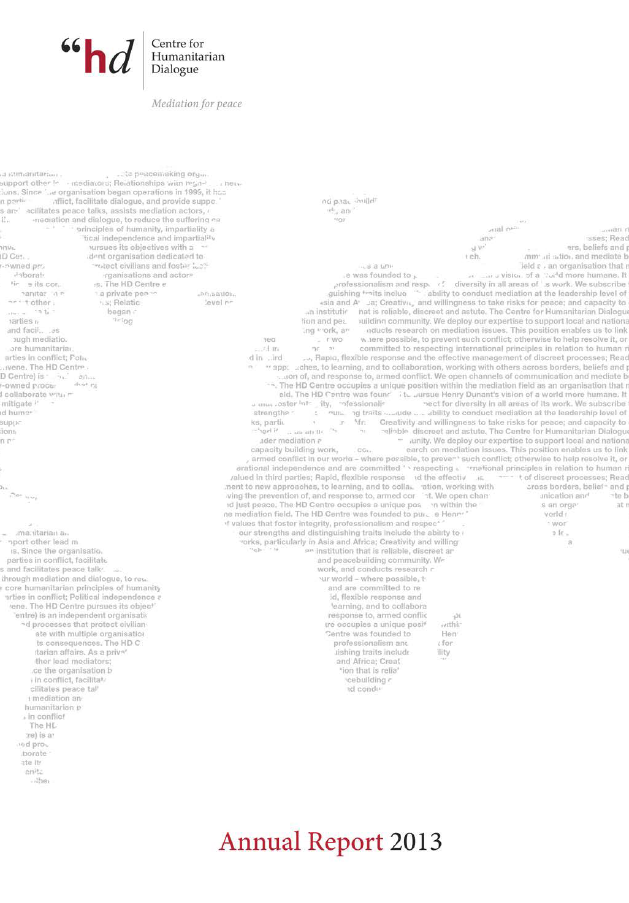 2013 was a defining year for the organisation as it formally set out its principles and operational standards in a new Charter. The ten-point list, which is included in this Annual Report, reflects the role the HD Centre has developed over more than a decade in international peacemaking and provides a ‘moral compass’ to steer the organisation’s work in the future. The Annual Report also highlights the HD Centre’s progress in the difficult task of defining the impact of its operational work. In addition, it captures the organisation’s contribution to some significant successes including steps towards peace in the Philippines, peaceful elections in Kenya and a local peace agreement in Libya. 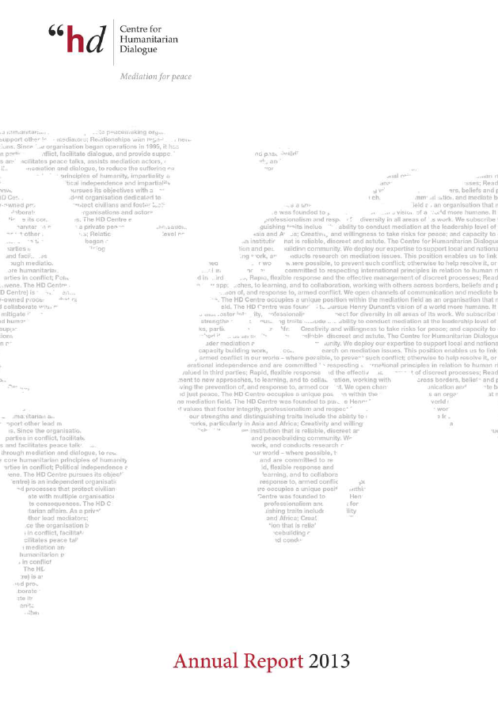