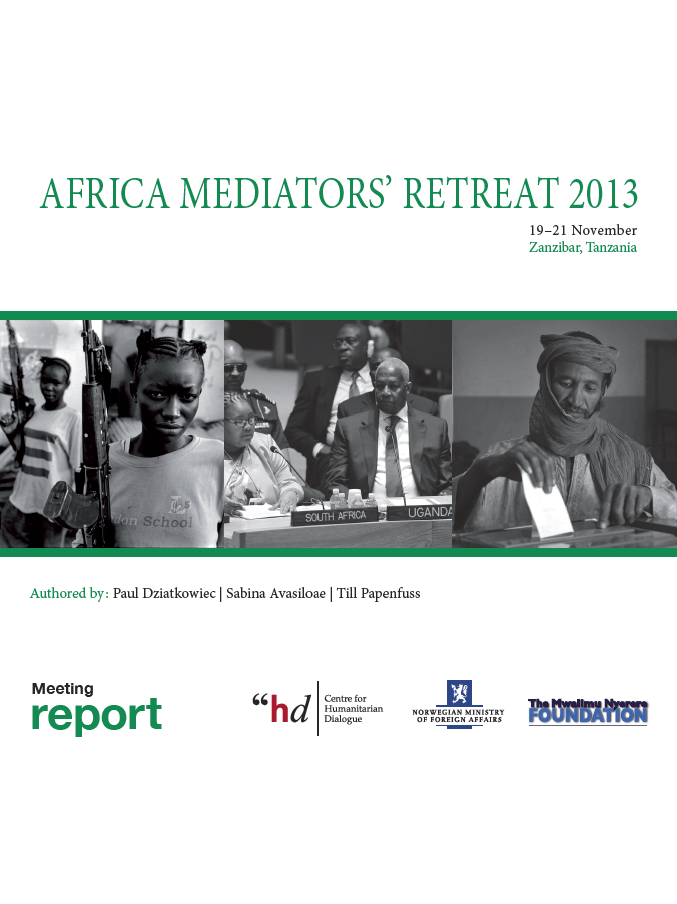 The fourth Africa Mediators’ Retreat, which brings together experienced peacemaking actors to discuss conflict-related issues relevant to Africa today, took place in Zanzibar, Tanzania in November 2013. More than 40 senior conflict mediators and peace process actors attended, together with key decision-makers, eminent thinkers and government representatives with significant experience in peacemaking across the African continent. The event was co-hosted by the HD Centre, the Norwegian Ministry of Foreign Affairs and the Mwalimu Nyerere Foundation.

Three days of lively discussions covered a broad range of complex issues and peacemaking challenges across the continent including the role of the International Criminal Court in Africa; the role of religion in African politics: the mediator’s potential bridging role between religious and secular political stakeholders; assessing the potential for dialogue with extremist groups; the interplay between elections and conflicts in Africa; the role of the mediator in developing models for governance; and the utility of force during peacemaking.
This meeting report provides a summary of the discussions and highlights the issues which emerged during the retreat. 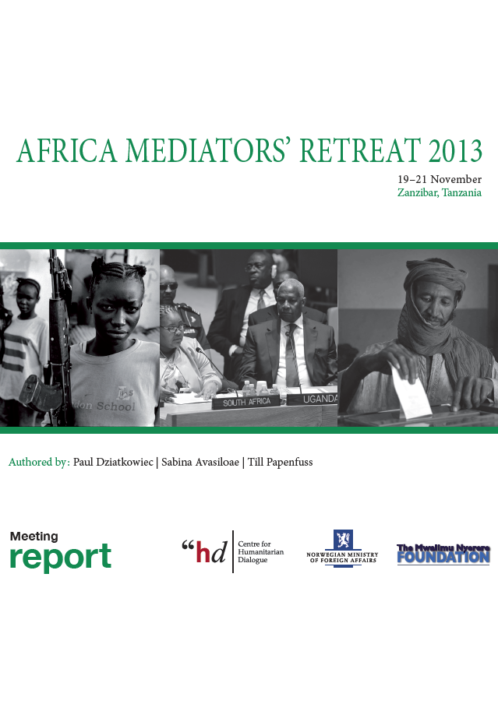