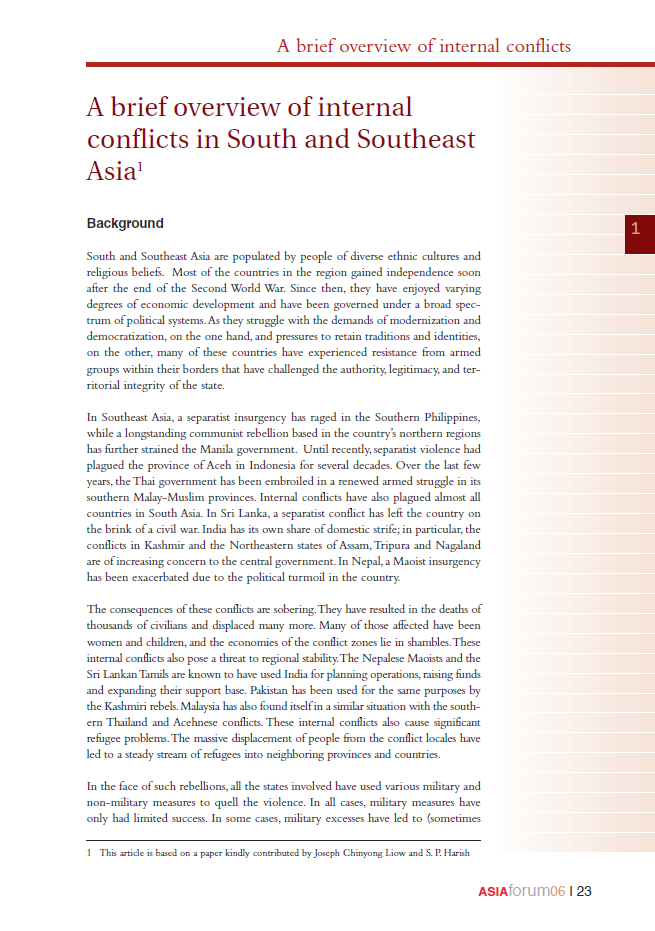 A brief overview of internal conflicts in South and Southeast Asia

South and Southeast Asia are populated by people of diverse ethnic cultures and religious beliefs. Most of the countries in the region gained independence soon after the end of the Second World War. Since then, they have enjoyed varying degrees of economic development and have been governed under a broad spectrum of political systems. As they struggle with the demands of modernization and democratization, on the one hand, and pressures to retain traditions and identities, on the other, many of these countries have experienced resistance from armed groups within their borders that have challenged the authority, legitimacy, and territorial integrity of the state. 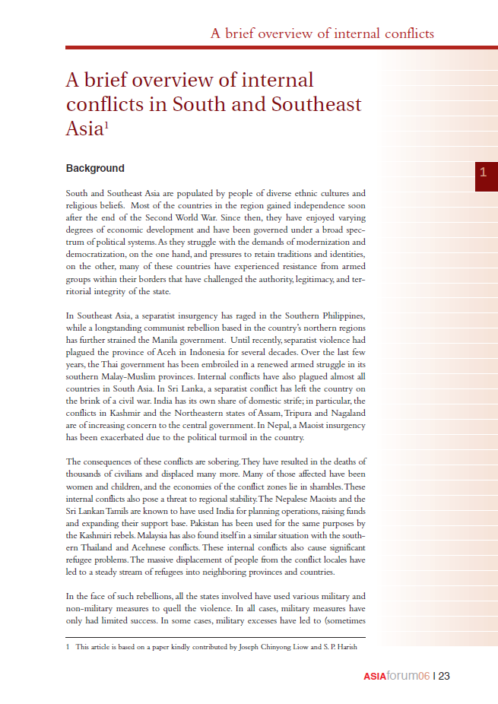