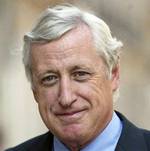 Vice-Chair of the Board

The Centre for Humanitarian Dialogue (HD) is a Swiss-based private diplomacy organisation founded on the principles of humanity, impartiality, neutrality and independence. Our mission is to help prevent, mitigate, and resolve armed conflict through dialogue and mediation.

As a Swiss nonprofit Foundation, HD is supervised by a Board, which serves on a voluntary basis. It sets the mission and the general policy of the Foundation and provides overall supervision of the development and implementation of the organisation’s programme and administration, as managed by the Senior Management Team.

HD’s team has grown from a small group of 6 people in 1999 to more than 300 from over 40 different nationalities today, supervised by a 11 member Senior Management Team. The organisation is made up of individuals driven by meaningful objectives who are dedicated to making a difference through peace and mediation efforts.