Sudan has a complex history of internal conflicts and humanitarian crises. Having contributed to the Popular Consultations process in the Southern Kordofan and Blue Nile States prior to the outbreak of conflict in those areas in 2011, HD pursued several strategies to help secure peace in Sudan. This included fostering dialogue among Sudanese politicians and civil society on the causes of conflict in Sudan and how they can be resolved, including by promoting an inclusive national dialogue.

Conflict between the north and south of Sudan started before the country gained independence from Britain and Egypt in 1956. Those in the south wanted a federal system but this was not instituted by those in control in the north and a civil war started which was to last until 1972. An agreement made in Addis Ababa on self-government for the south calmed the situation for over ten years. However, efforts to impose aspects of Shari’a law on all parts of the population contributed to a resumption of fighting in 1983. There were several attempts at peace over the next two decades until, in 2005, the Government of Sudan (GOS) signed a Comprehensive Peace Agreement (CPA) with the Sudan People’s Liberation Movement/Army (SPLM-A) which allowed for a referendum on secession for the south and Popular Consultations in the border states of Southern Kordofan and the Blue Nile on their future. In the meantime, conflict had also broken out between the GOS and a number of rebel movements in the Darfur region and, despite a number of peace efforts, this conflict continues. In January 2011, the people of the south voted for independence and the new state of South Sudan was created in July. Preparations for Popular Consultations started in the Blue Nile and Southern Kordofan States in 2010 but these processes were halted when fighting broke out in both states in 2011; fighting continues to this day.

HD supported the implementation of the 2005 CPA, and of the Popular Consultation process for the Blue Nile and Southern Kordofan States, through the organisation of study tours for representatives from the two States as well as from the Government of Sudan and Sudanese civil society to learn about peace and constitutional processes in other places. Following the tours, both States set up preparatory technical committees for the Popular Consultations and HD provided expert technical support and advice on the process. In December 2010, consultations began in Blue Nile State, resulting in approximately 70,000 submissions from citizens on whether the CPA had met the aspirations of the local people. However, in 2011 further work on the Popular Consultations process was disrupted by the return to conflict in Southern Kordofan and Blue Nile States. 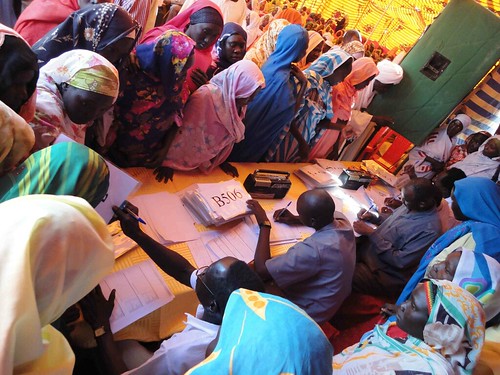 HD subsequently shifted its focus towards supporting the negotiations around humanitarian access to the two States to assist those caught up in the conflict. At the same time, HD tried to identify areas of discussion for potential political talks to return both States to peace, and worked on fostering political dialogue between other Sudanese actors.

In March 2012, HD convened an informal technical forum in Nairobi to consider previous responses to crises in Sudan – including the Nuba Mountains Ceasefire and Operation Lifeline Sudan – as well as the current situation in the Southern Kordofan and Blue Nile States. Participants at the meeting included humanitarian experts and representatives from the Tripartite group (UN, AU, Arab League) and civil society organisations. In July 2012, HD also convened a follow-up meeting with the support of the UN Office for the Coordination of Humanitarian Affairs to build trust between those associated with both sides of the conflict.

Following an assessment of the situation in June 2012, HD worked to identify the causes of, and help resolve, recurrent conflicts in Sudan. It did so through fostering political dialogue between key Sudanese political and civil society actors and stakeholders to help them develop consolidated positions around reform and broader governance issues. HD facilitated in particular dialogue among a range of stakeholders to promote an inclusive and credible national dialogue in the country.

HD is grateful for the generosity of the United Kingdom Department for International Development (DFID), Humanity United, the United States Institute for Peace (USIP), AECOM Sudan and the USAID Office for Transitional Initiatives for their support for its work in Sudan.