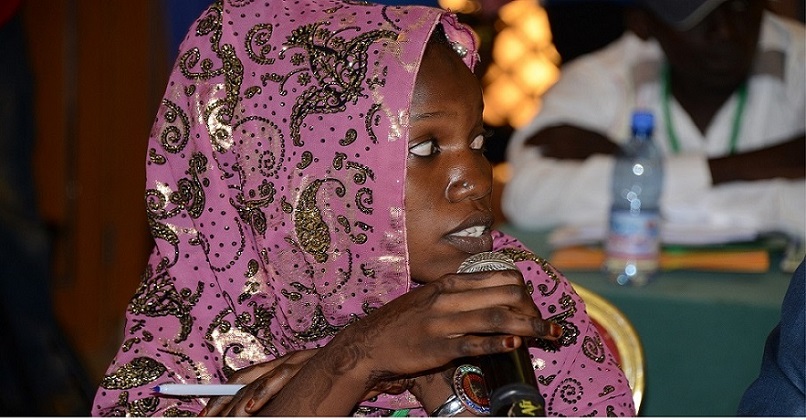 Given the generational gap threatening social and political cohesion in the Sahel region, HD is supporting a dialogue between Sahelian youth organisations and state institutions. Co-funded by the European Union (through the IUTF for African and the DG DEVCO) and the Ministry of Foreign Affairs of Denmark, this dialogue initiative seeks to facilitate the involvement of young people in the design of social and economic policies at the local, regional, national and international levels. 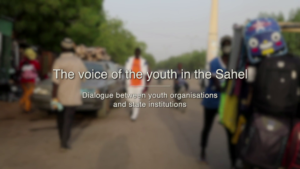 General presentation The Voice of the Youth in the Sahel

50 million young people under the age of 30 live in the Sahel region today. They make up approximately 65% of the G5 Sahel countries’ (Mali, Niger, Burkina Faso, Chad and Mauritania) population. However, their future prospects are limited in view of the low levels of education owing to an educational system clogged by the demographic boom, freedom of movement which is being restricted by insecurity, a slack job market, and creeping impoverishment. The young generation’s prospects are further hindered by the growing generational gap resulting from the contrast between the impact of globalization on youth and the conservative beliefs of the elderly, as well as the youth’s sense of exclusion from political decision-making processes. As a result, young people are increasingly tempted by violence, organised crime and migration.

While Sahel youth organisations do engage in social and political action in their country, their capacity to express their needs and grievances in a constructive and consensual manner needs to be reinforced. Mechanisms for structured dialogue need to be set up in a way that allows for the design of policies that young people are able to identify themselves to, support, and witness the impact of. As the Sahel countries enter into a new election period, the issue of youth is becoming a major political challenge.

In 2017, HD helped set up and structure a dialogue process between youth organisations and state institutions from the Sahel region to facilitate the involvement of young people in designing social and economic policies at the local, national, regional and international levels.

In that vein, a network consisting of 1’250 representatives of youth organisations from Mali, Niger, Burkina Faso, Chad and Mauritania was set up. The network represents more than 1’000 organisations which themselves represent thousands of young people from the Sahel region. In setting up the network, particular attention was paid to ensuring a balanced representation between women and men, rural and urban youth, elites and vulnerable communities, as well as tribal majority and minority groups.

Dialogue frameworks were then established in May 2017 in all five countries around key thematic issues, namely academic and professional training, access to the job market, youth civic engagement, as well as the temptations of migration and religious radicalization. The dialogue process has involved representatives of 50 ministries and state institutions (for example national employment agencies) as well as national youth councils and their regional branches. 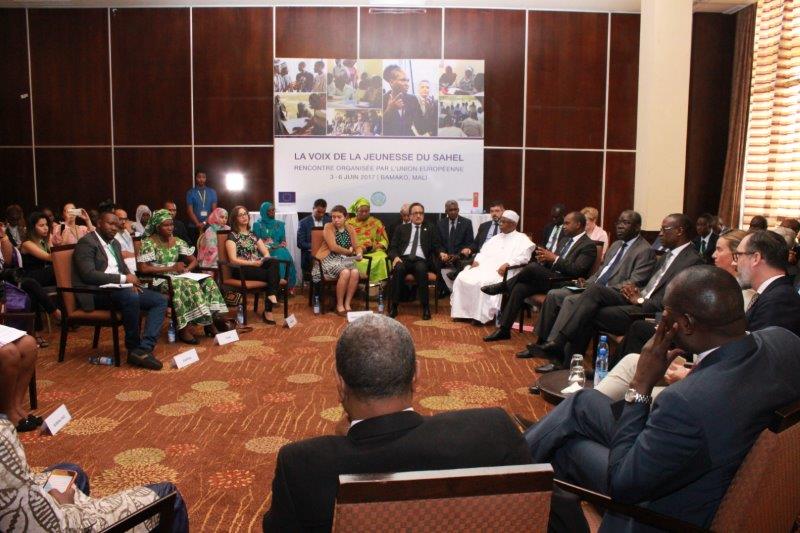 The conclusions and recommendations stemming from these dialogues have in turn been fuelling the development process of an Integrated Strategy for Youth from the G5 Sahel countries. The outcomes of the dialogue process will also feed into a dialogue between the Sahelian governments and international partners on the development of North-South co-operation programmes better suited to the needs of young people.

Since May 2017, the dialogue process has generated momentum through simultaneous action at all levels:

In 2018, the project will keep up the momentum of the dialogue process and support those participating in addressing the challenges identified in discussion forums in 2017.

Since it was launched in May 2017, the dialogue process between youth organisations and state institutions has produced the following outcomes:

This project is co-funded by the European Union Emergency Trust Fund for Africa (EUTF for Africa), the European Union Directorate-General for International Cooperation and Development (DG DEVCO) and to the Ministry of Foreign Affairs of Denmark, to which HD wishes to express its gratitude.

Sahel youth on the phenomenon of radicalisation

Sahel youth on the phenomenon of radicalisation (French)