In 1999, HD launched the first ever dialogue process between the government of the Republic of Indonesia and the leaders of the Movement for Free Aceh (GAM). From 2000 to 2003, the organization officially facilitated the peace process between representatives of the two camps.

GAM has been fighting for independence for the Indonesian province of Aceh for several decades. During this period, marked by violent clashes interspersed with lulls, more than 12,000 people died, thousands were displaced and homes, schools and public facilities were destroyed. In 2005, a memorandum of understanding signed in Helsinki resulted in the formal resolution of the conflict.

HD ‘s objective in Aceh was contribute to the development of a sustainable solution to the conflict between the Government of the Republic of Indonesia and the Free Aceh Movement, through a mediated solution.

On 9 December 2002, HD facilitated the signing of a Cessation of Hostilities Agreement (COHA) between the two sides in Geneva. In the months following its signing, substantial progress was made in the implementation of the COHA, including the establishment of a tripartite monitoring mission to oversee its implementation. This period saw a dramatic reduction in armed clashes and fatalities in Aceh. 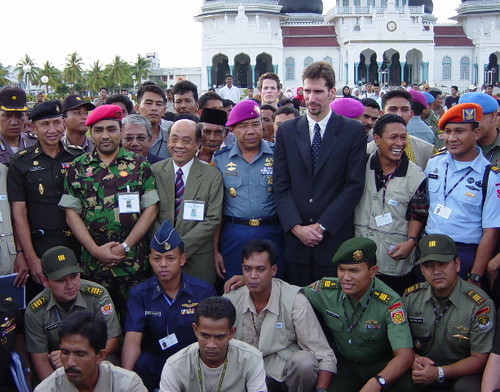 After disagreements between the GOI and GAM emerged over demilitarization and other issues, a Joint Council was convened in Tokyo on 17-18 May 2003 to find ways forward. The two sides were, however, unable to find middle ground and the Joint Council concluded on 18 May, closely followed a few hours later by the declaration of martial law in Aceh.

In the immediate aftermath of the 26 December 2004 tsunami, representatives of HD operating in Aceh, Jakarta and Stockholm, met regularly with officials from the GOI and GAM to encourage and prepare them to engage in talks. Shortly thereafter, the two sides resumed negotiations under the auspices of the Finland-based Crisis Management Initiative. On 15 August 2005, after five rounds of negotiations, the GOI and the GAM signed a peace agreement in Helsinki.